I am what some have called a podcast “super listener.” On most days, I probably listen to five podcasts — many of them at 1.5x or 2x speed. I listen when I wake up, when I’m traveling, when I’m walking around, and when I’m cooking or cleaning. There is just so much incredible audio being churned out these days –– yet, when I tell people about podcasts it seems to always fall flat. They don’t listen, or maybe they’ve heard Joe Rogan, but that’s about it. Some of these people have asked me for podcast recommendations, so I’ve compiled a list of my favorite shows from this past year to guide you into the wonderful world of podcasts. Or, if you are already a podcast listener, here are a few more to add to your list.

As much as I listen to podcasts, I very rarely binge a show, but that’s what happened when I first heard CBC’s Alone. The host is so honest and vulnerable that you can’t help but feel pulled into the story — you really just want things to work out for her. Spoiler alert: they finally do, but it doesn’t happen until Chapter 9. The wait was worth it. If you like this, also check out CBC’s Love Me.

I almost had Radiolab in this spot, but I can’t neglect the granddaddy of narrative podcasts — This American Life. With so many other great shows these days, plenty of people forget TAL, but that’d be a mistake. Ira Glass started it all with his high produced stories that make you feel like you’re chatting with a friend. Wonder why other popular hosts, including podcast network Gimlet Media co-founder Alex Bloomberg sounds like Ira? That’s because they copied him. This year wasn’t my favorite, but with the addition of Zoe Chace (formerly of Planet Money), Ira Glass and co. tackled some hugely important issues surrounding the U.S. election. 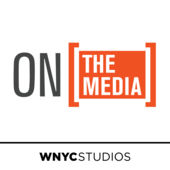 Whether you’re a journalist or not, chances are you’re interested in the news. On The Media takes a careful look at the news of the week, how it’s being covered and proceeds to debunk or clarify misconceptions. I loved their recent reporting in Puerto Rico, after many had forgotten about the island nation after the hurricane, and their explainer of the U.S. War on Drugs was a fascinating listen. My only complaint is it’s a bit too U.S. focused, as most podcasts are. So make sure you have Jesse Brown’s CANADALAND in your feed as well.

Favourite episode of 2017: This American War On Drugs

When people ask me what my favorite podcast is, I say Radiotopia’s Love + Radio. Every episode is derived from hours upon hours of audio interviews with a single person and the resulting story never ceases to be shocking. Seriously, traumatizing. This year’s crop wasn’t the best, but you should go back and listen to episodes like Choir Boy, A Girl of Ivory and Fix. Make sure you listen with headphones in!

Since I tend to surround myself with like-minded people, I have found myself craving a needle to come and pop my echo chamber. At Burning Man, for instance, I found people just agreeing with me or having the same types of questions, but having nothing to add. Philosophize This! has changed that. It’s heartening (and simultaneously disappointing) to know that philosophers wrestled with the exact same day-to-day issues we have today, and somehow think they figured it out. Host Stephen West does a great job summarizing the philosopher’s points in a conversational way and to bring it all back to issues we face currently.

I’ll never forget when I was told in first-year journalism class that nobody cares about international news, only local. Well fuck that because I’m interested in learning about the world and I’m sure others are too. Unfortunately, American podcasts have mostly focused on their own soil, save for the odd episode from This American Life or Planet Money. BBC tackles the globe with The Documentary and the Global News Podcast, which I listen to every day, but they don’t have the narrative storytelling I’ve come to love. Finally, NPR made a storytelling-style podcast about international issues (with an American focus, but still) — and it’s good. The Brazil episode hooked me, but every episode in the short season is worth listening to.

Favourite episode of 2017: Brazil in Black and White 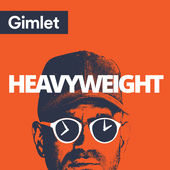 Canadians might remember Jonathan Goldstein from his Wiretap days on CBC. Well, like many-a-Canadian before him, Jonathan has gone south and has made it big. Heavyweight has a loose plot of fixing people’s issues, but it’s really more about the host. I find myself laughing out loud during the episodes and wanting to share every episode. Last year’s episode, Gregor, about Jonathan’s friend trying to get some tapes back from Moby is a great starter.

Reply All is a show about the internet, but it isn’t really. It’s two lovable guys investigating stories that loosely relate to the internet. Reply All was Gimlet Media’s second show (after StartUp), and it’s still its strongest. When they do episodes like Long Distance or last year’s Boy in Photo, it really demonstrates the strength of podcasts over written journalism. What I mean by that is that the show can really bring you along with the journalist as they investigate the story. 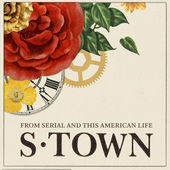 This is the top podcast on most list’s you’ll find this year, and for good reason. At first, I was like meh, this is kind of slow, but by the second episode you get hit with a brick. S-Town makes you want to go talk to every person in the smallest town and it really flicks your empathy switch. If you liked Serial or heard about it, definitely try Shit Town.

1. The Aventures of Memento Mori 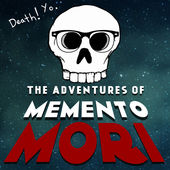 Why don’t people talk about death if we’re all going to die? That’s the premise of this incredible and underrated podcast. The production is great, the subjects are intriguing and I really had to try and stop myself from binging the whole thing. This is the podcast that got my girlfriend hooked and I haven’t found anything that’s hooked us both so much. I honestly have no idea why D.S. Moss’ show didn’t receive more attention, but hopefully being in The Atlantic‘s podcast roundup will change that for next season (fingers crossed).

It has been an ETERNITY since I last travelled. So while our beloved RV continues to hibernate in Nevada and international travel still feels iffy, we’ve decided to welcome a new adventure chariot to the fleet. World, I introduce you to Penny Lane!